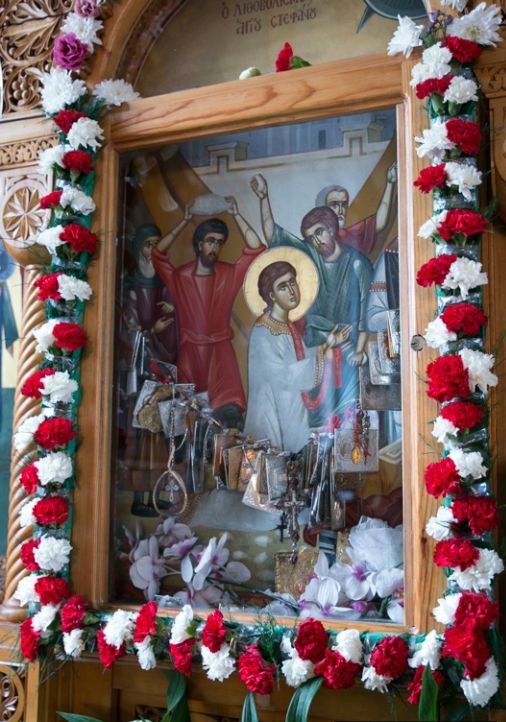 On Friday, the 27th of December/9th of January 2015, the Patriarchate celebrated the memory of St Stephen the Protomartyr and Archdeacon, the first of the seven deacons chosen by the Apostles to serve the first Church of Jerusalem and remain there, devoted to the logos, preaching the word of the crucified and resurrected Jesus Christ.

Vespers and the divine Liturgy were led by His Eminence Demetrios, Archbishop of Lydda, on the site where St Stephen was stoned to death, at the church dedicated to him on the west of the Tomb of the Mother of God, in Gethsemane, in the valley of Josaphat.

Mass was observed by Hagiotaphite Fathers, nuns, faithful from Jerusalem, and a small number – due to the cold weather –  of pilgrims hailing from Greece, Russia, Ukraine and Romania.

After mass, the Prelatic Retinue and the congregation were hosted to a reception at the Hegoumen’s quarters, courtesy of the Abbot, Archimandrite Epiphanios.