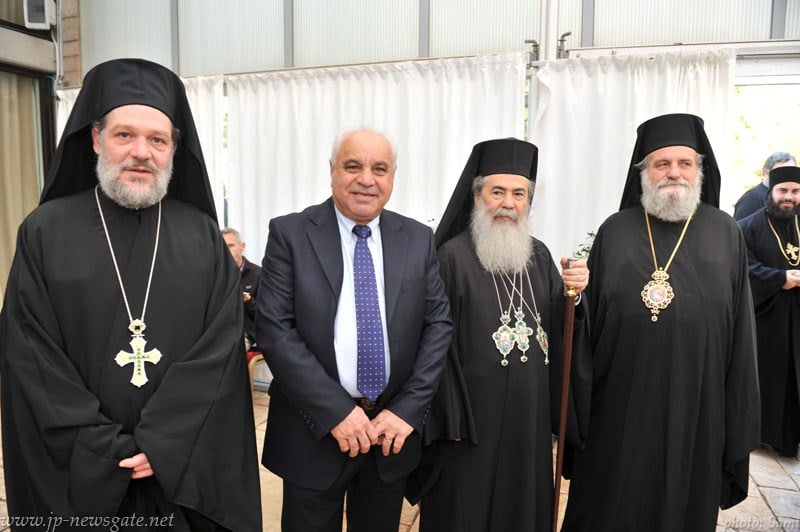 On Tuesday, the 17th/30th of December 2014, the Annual Reception of the Heads of Christian Churches in the Holy Land took place at the Presidential Palace of Israel on the advent of the new year 2015.

The meeting was hosted by the President of Israel, Mr Reuven Rivlin. In his welcoming address, Mr Rivlin pointed out that on the occasion of the Hannukah, Christmas, and the advent of the New Year, guests gather to remember those who, unjustly, and due to religious fanaticism, were wronged, exploited and killed. “We grieve and pray for them, drawing on our Holy Scriptures, as God’s creations, as images of Him as our Joint Father, on the word of the prophet Malachias”, he said.

Against crimes committed in areas of worship we protest, as does Pope Francis of Rome. This message we give in this Land, the land of the prophets David, Solomon, Jesus and his adherents, and as children of the three Abrahamic Religions, children of a single Father, condemning violence against man and extending wishes for a peaceful and blessed New Year.