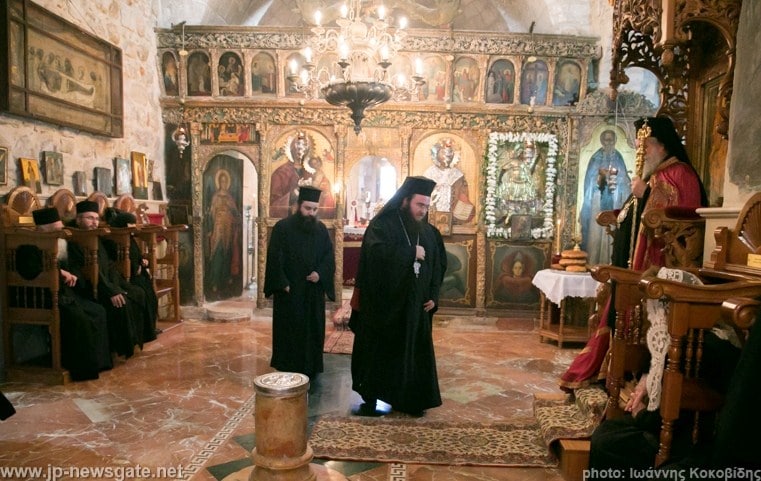 On Friday, the 8th/21st of November 2014, the Synaxis of the Archangels Michael and Gabriel and all the heavenly powers was celebrated at the Monastery dedicated to them, in the Christian quarter between the Monasteries of St George and St Catherine, at a close distance to the north of the Patriarchate.

Vespers and the divine Liturgy were led by Metropolitan Isychios of Kapitolias, with co-officiating Hagiotaphite Hierodeacons and deacons.  Nuns of the Patriarchate and novices at the Patriarchal School of Sion sang whilst members of the Greek parish in Jerusalem, Greek Orthodox Arab-speaking faithful and pilgrims from Greece, Russia, Ukraine and Romania participated in piety.

After mass, His Eminence Demetrios, Archbishop of Lydda, the Monastery’s renovator, hosted the Prelatic retinue and the congregation to a reception at the Hegoumeneion.