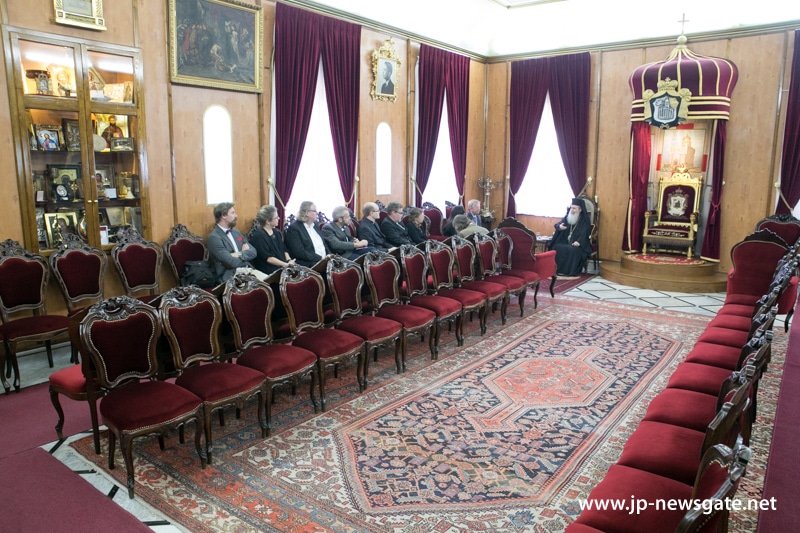 On Tuesday, the 8th/21st of October 2014, representatives of the Van Leer Jerusalem Institute, amongst whom Mrs Chrysi Kotsyfou of Greece, and Mr Samuel Rubenson, alongside their associates in organizing a Conference on Early Palestinian Monasticism , visited Patriarch Theophilos of Jerusalem.

The representatives were warmly received by His Beatitude, who went on to talk to them on the beginning and continuation of Orthodox monasticism in the Holy Land, as well as its contribution to Church life and civilization. Patriarch Theophilos has responded positively to the Institute’s invitation to open the Conference’s deliberations, on the following day. Further details will be posted on the Website in due time.