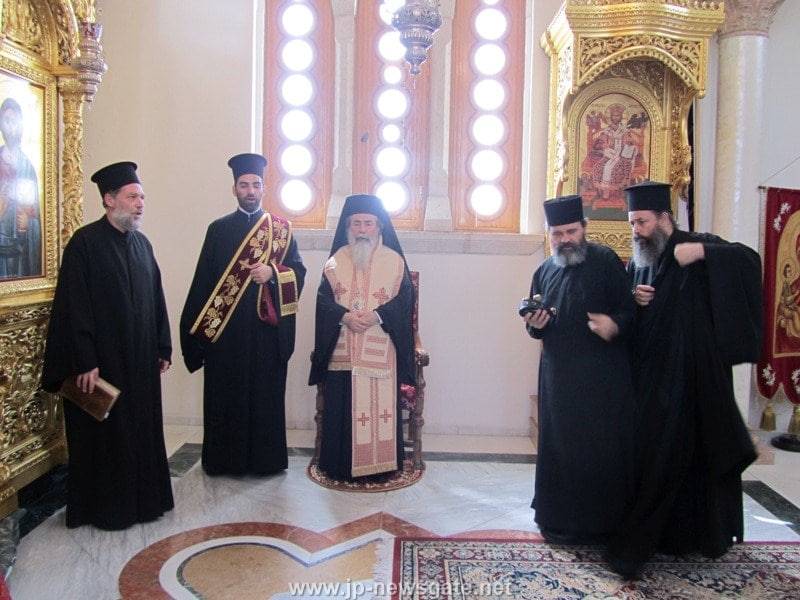 NOVICE ANASTASIOS TONSURED AT THE PATRIARCHATE

On Saturday, the 31st of August/13th of September 2014, Novice Antonios was tonsured as monk at the Patriarchate.

Novice Antonios was ordained as monk by His Beatitude, Patriarch Theophilos of Jerusalem, receiving by Him the name Anastasios, in the presence of Hagiotaphite Fathers and novices at the School.

After the tonsure, His Beatitude advised f. Antonios through paternal words, saying that the Hagiotaphite Brotherhood received him into its orders after examining his ethos and service at the Holy Monastery of St Savvas the Consecrated , in the School of St Sion, and during the processions of Sts Constantine and Helen Church. H.B. urged f. Antonios to remain a laborer of true monastic humbleness and a deacon of the members of the Church as a Hagiotaphite monk amidst the world, a guardian of the All-Holy Shrines, doing justice to the name he was given, that of St Anastatios of Sinai.