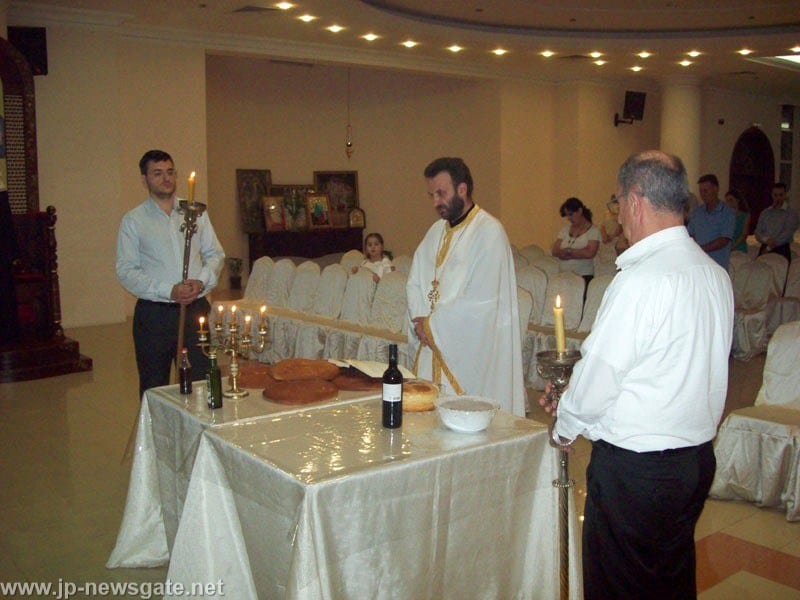 THE DORMITION OF THEOTOKOS OBSERVED IN QATAR

In fitting glory the Archbishopric of Qatar celebrated the feast of the Dormition of Theotokos. Due to local circumstances, the Dormition and the Service of the Lamentations of Theotokos were moved to Friday, the 16th/29th of August, in facilitation of the participation of the faithful, as Friday is a non-working day.

On the evening of Thursday, the 15th/28th of August, a Great Celebratory Vespers was held which included Breaking Bread, led by Archbishop Makarios of Qatar.

On the morning, after the Matins Service, the Lamentations of Theotokos were sang according to the order of the Patriarchate of Jerusalem and were followed by a Primatial Divine Liturgy. Co-officiating with His Eminence Makarios were Archimandrite Stephanos and Protopresbyter Athanasios, and the vicars of the churches of St Isaac and St George. A crowd of faithful participated with respect and reverence for the All-holy Mother of God.