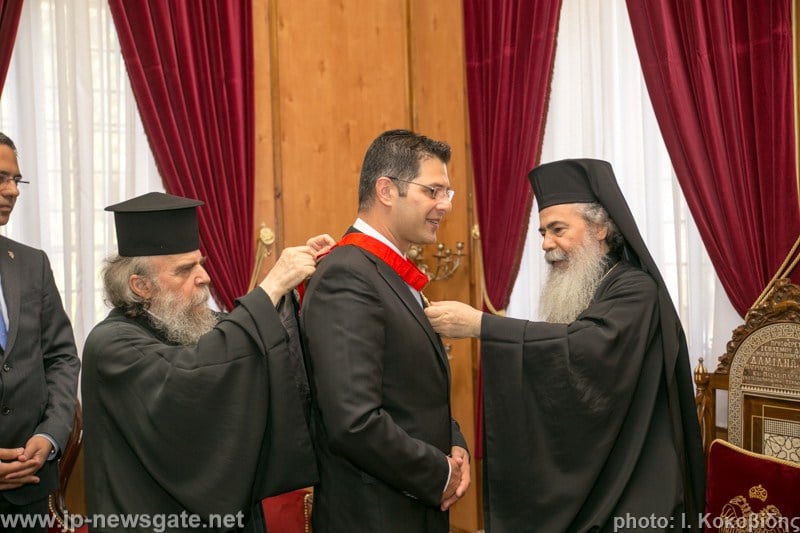 HIS BEATITUDE THE PATRIARCH OF JERUSALEM DECORATES MR DEMETRIOS MAKRIS

On Monday, the 5th/18th of August 2014, H.B. Patriarch Theophilos of Jerusalem conferred the honorary title of Crusader of the Equestrian Order of the Holy Sepulchre to Mr Demetrios Makris, Managing Director of ISBS Hellas. The company is the technical support sponsor for the Patriarchate’s Web Division.

Addressing Mr Makris, His Beatitude said that this honorary title is conferred on him in recognition and appreciation of his contribution to the Patriarchate’s online activities.

In his reply, Mr Makris assured His Beatitude that he will carry on with all his might, through means provided by the contemporary online technology, to support the Patriarchate so that it may maintain its religious, peacemaking, cultural and pastoral contribution to the Holy Land and beyond.