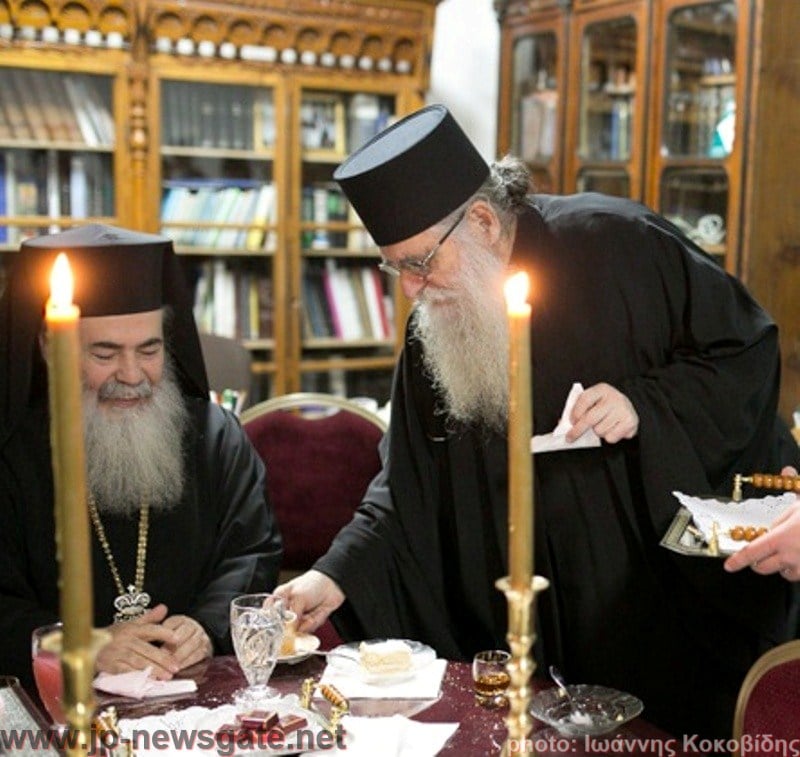 On Tuesday, the 23th of July/5th of August 2014, the Principal of the Patriarchal School, Professor of Physics, Hagiotaphite, Hagiosabbite Monk Photios Kiousis passed away.

The dearly departed and respected Monk Photios, originally from Kalamos, Attica, joined the Monastery of St Sabbas the Consecrated around 1973, after having completed his undergraduate studies in Greece and graduate studies in England. At the Monastery he remained until 1982, up to his appointment by the Patriarchate to the Patriarchal Hieratical School in Sion, where he was to teach his specialty conscientiously and with erudition. During the last fifteen years he served as Principal, always a model teacher but also a paragon of a monk observing the monastic virtues which he had received from the Holy Monastery of his repentance.

About a year ago he fell ill and had to be hospitalized at the Hadassah Israeli Medical Center on the Mount of Olives. There he was diagnosed with multiple myeloma, which required his transfer to St Sabbas Hospital in Greece, on the support of the Holy Sepulchre Exarchy in Greece. While in treatment, he was vanquished by the disease and delivered his soul to the Lord.

The Church of St Sion, mourning in Christ, prays for the repose of his soul. His funeral, as per his wishes, is scheduled to take place at the Holy Monastery of his repentance.