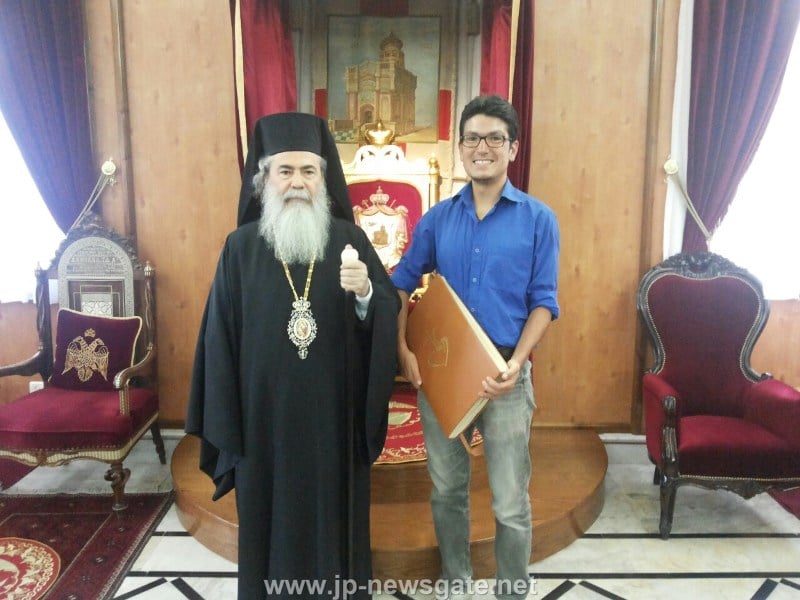 On Wednesday, the 17th/30th of July 2014, His Beatitude Theophilos, Patriarch of Jerusalem, awarded a grant to Mr Ala Agman Belbess, the highest ranking graduate of the Patriarchate’s School of St Demetrios, in order for him to enroll at the University of Bethlehem. The following year, Mr Belbess is intended to study in Budapest with a scholarship granted to the Patriarchate by Hungary.

In awarding Mr Belbess the grant, His Beatitude praised him and wished him success in the pursuit of his studies.