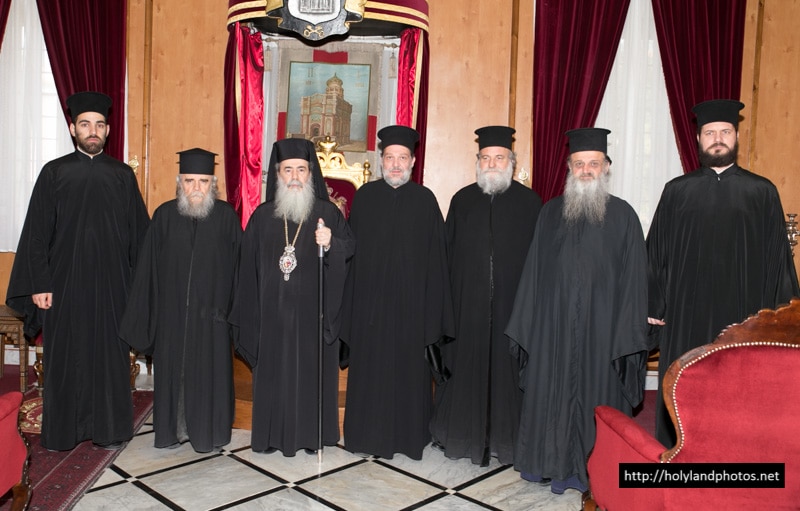 On Wednesday, the 18th of March/3rd of April 2014, His Beatitude Theophilos, the Patriarch of Jerusalem, in the presence of Patriarchal Commissioner, the Most Reverend Isychios, Metropolitan of Kapitolias; the Elder Secretary-General, His Eminence Aristarchos, Archbishop of Constantina; the Secretary of the Holy and Sacred Synod, His Eminence Demetrios, Archbishop of Lydda; the Master of ceremonies, f. Porphyrios, and other Hagiotaphite members, in accordance with a decision of the Holy and Sacred Synod of the Patriarchate of Jerusalem, read out the wish of forgiveness for those who repent and apologize to monk f. Bartholomew, annulled his defrocking, and reinstated him to the rank of Archimandrite he used to hold.

Following this, His Beatitude addressed Archimandrite Bartholomew with paternal and encouraging words, underlining that the Hagiotaphite Brotherhood shall again accept him as a regular, active and full member, expecting that he will undistractedly and conscientiously serve any task that may be assigned to him in the future. For the time being, he serves as Assistant Dragoman and Spokesman at the Patriarchates.