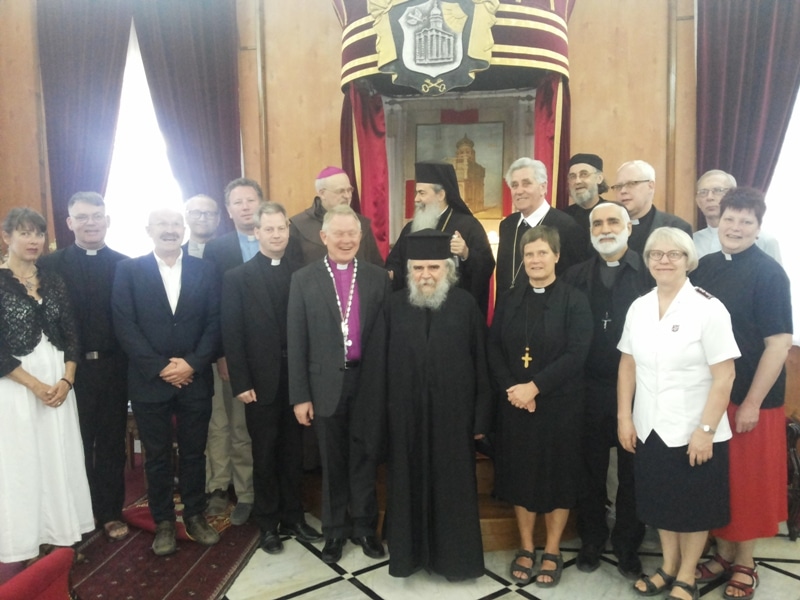 In the morning of Saturday the 16th/29th of March 2014, a delegation of thirty representatives of Sweden’s Christian Churches visited the Patriarchate.

The group, which is representative of the Christian entity in Sweden, living in liberty, was received by H.B. Theophilos, our Father and Patriarch of Jerusalem, and Hagiotaphite Fathers.

The work of the Patriarchate also extends to philanthropy, as demonstrated in the case of the displaced from Syria, and to education, by maintaining its Schools.

At the end of the discussion, His Beatitude offered all members of the group Jerusalemite Hagiotaphite eulogias, after which they went on to visit the Christian Communities in Jerusalem and the occupied areas.