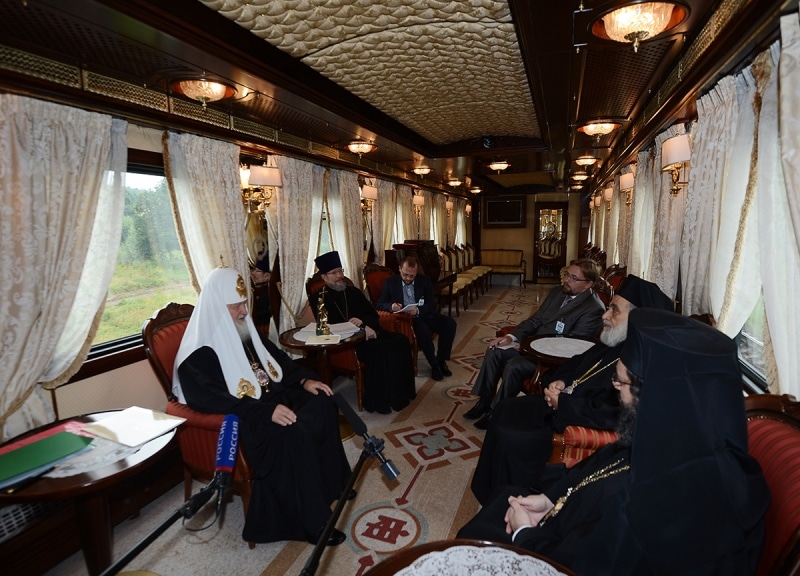 FIFTH AND SIXTH DAY OF CELEBRATIONS IN KIEV, UKRAINE

In the morning of 13th/26th of July 2013, the primates and delegations of Local Orthodox Churches boarded a special train from Kievsky train station in Moscow and after a ten-hour drive amidst vast verdurous forests, arrived at Kiev train station and from there left for their rooms in the Hayatt Regency hotel.

After lunch, the heads of delegations of Local Orthodox Churches met with Ukrainian President Mr Yanukovich, who held a banquet in their honour.

During this meeting, the prelates and delegates expressed their joy over their participation in the celebrations of this particular event, the acceptance of Orthodox Christianity by the pious people of Ukraine.

President Yanukovich expressed his joy over the celebrated event and over the fact that the country of Ukraine offers religious freedom to its citizens and supports the renewal of the Russian Ukrainian Orthodox Church.

Early in the afternoon, matins was served in the square of the Kiev Caves Cathedrals of Lavra.