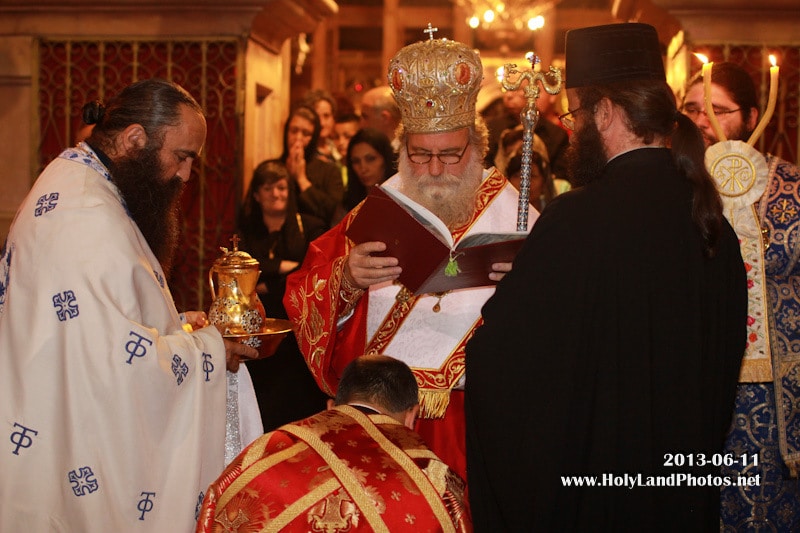 On the night of Monday to Tuesday, the 28th to the 29th of May/10th to the 11th of June 2013, the Most Reverend Isychios, Metropolitan of Kapitolias, following a decision of the Holy and Sacred Synod, during a liturgy at the Holy Sepulchre, ordained as deacon Savvas Haj, originally from the town of Abelin, Northern Israel, in the presence of the Elder Sacristan Isidoros, Archbishop of Hierapolis, of Archimandrite f. Philotheos, the hegoumen of Accra, the ordinand’s wife and a group of his countrymen.

In the following morning, the ordained deacon, together with Archimandrite f. Philotheos, the hegoumen of Accra, and the Most Venerable Isychios, Metropolitan of Kapitolias, arrived at the Patriarchate to receive the blessing of HB Theophilos, Our Father and Patriarch of Jerusalem, and wishes for a prosperous ministration, agreeable to God and men alike.