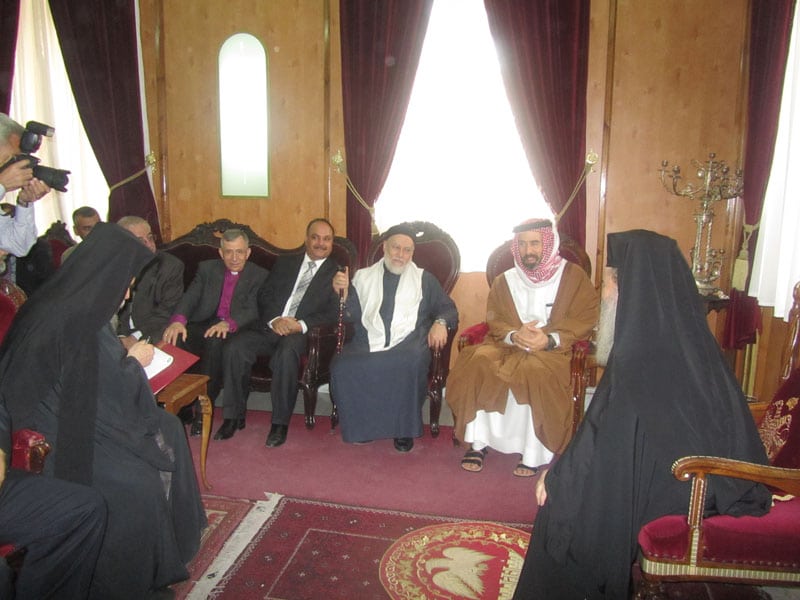 On Wendsday the 5th / 18th of March 2012, His Highness Prince Ghazi of Jordan escorted by Sheikh Ali Gomaa the Grand Mufti of Egypt and by other religious and political personalities of the Hashemite Kingdom of Jordan and of the Palestinian Authority, in the presence of the Representative of the Ministry of Foreign Affairs of Israel Mr. Cesar Marzie visited the Patriarchate.

His Beatitude Patriarch of Jerusalem Theophilos III received His Highness Prince Ghazi of Jordan along with Fathers members of the Brotherhood of the Holy Sepulchre. Welcoming the Prince His Beatitude said that Jerusalem is an example of religious symbiosis of Jews, Christians and Muslims.

After this visit to the Patriarchate, the Prince with His Beatitude escorted by Fathers -members of the Brotherhood of the Holy Sepulchre descended from the Central Monastery via the Cathedral of St. James to the Church of Resurrection and the Holy Shrines therein.