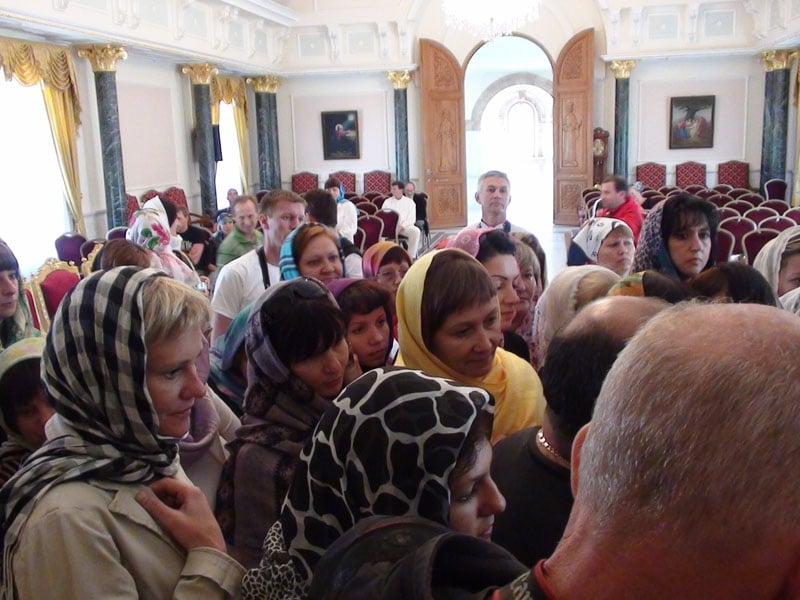 On Tuesday, October 19th/ November 1st 2011, 77 pilgrims, directors of tourist agencies in Russia led by the former General Director of the Ministry of Tourism of Israel Mr. Rafi Ben Hur, visited the Patriarchate.

Mr. Ben Hur explained to His Beatitude his personally taken initiative to organize pilgrimage tours from Russia to the Holy Lands located in Israel, which with God’s help and the blessing of His Beatitude has met with success and this visit is one of its fruits.

He also heightened the contribution of the pilgrims to the peaceful, social and political life in the Holy Land and the peaceful interfaith co-existence.

In this way, he underlined the contribution of the pilgrims to the centuries-lasting work of the Patriarchate of Jerusalem namely safeguarding the Most Holy Shrines and conducting services and liturgies in them for the help and salvation of its believers and the pilgrims.

During the above His Beatitude blessed them and wished the successful progress of their pilgrimage work giving everyone blessings from Jerusalem.