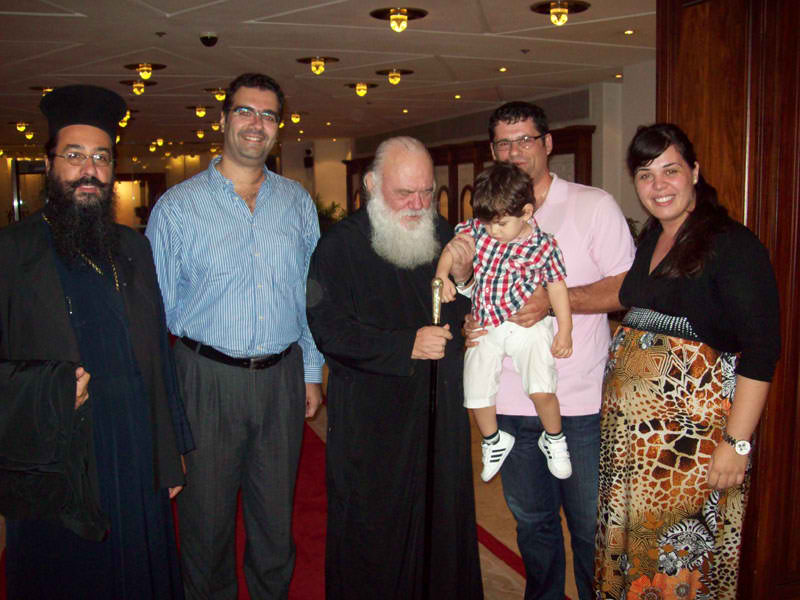 THE ARCHBISHOP OF ATHENS IN QATAR

His Beatitude Archbishop of Athens and All Greece Hieronymus conducted a two-day tour in the Emirate of Qatar escorted by His Eminence Metropolitan of Elassona Vassilios, His Grace Bishop of Diavlia Gabriel, and the Manager of C.E.F.S Archbishop F. Antonios Avramiotis and nonclerical affiliates. On Monday October 24th 2011, His Beatitude together with His escort was accepted at the palace of the Emir of Qatar, Sheikh Hamad bin Khalifa Al Thani and after he had a meeting with the Prime Minister and the Minister of Foreign Affairs, Sheikh Hamad bin Jaber bin Tzasem Al Thani. In the afternoon of the same day, His Beatitude Archbishop of Athens and All Greece Hieronymus together with His escort the clergy and non-clergy visited the Holy Church under construction of the Saint Our Father Isaac the Syrian and Saint George the Great Martyr in Doha Qatar.

HEADS OF THE CHURCHES IN JERUSALEM EXCHANGE CHRISTMAS GREETINGS

For the occasion of Christmas, new year and Epiphany, the Heads of Churches in Jerusalem...