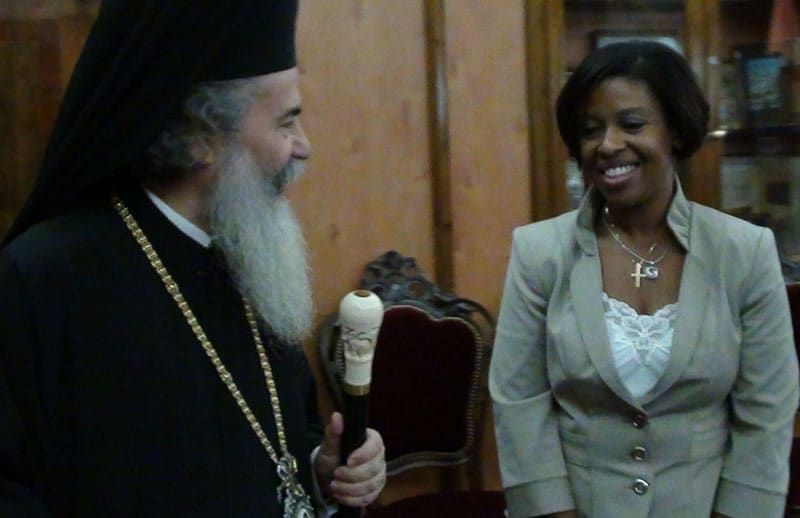 THE SECRETARY OF THE AMERICAN COUNCIL IN JERUSALEM VISITS THE PATRIARCHATE.

In this meeting His Beatitude and Mrs. Igiri discussed issues concerning the Holy Land as a sacred land for the three monotheistic religions and the Holy City of Jerusalem as “the center of the world” meaning a religious, cultural and educational center in the Middle East as well as worldwide. They also discussed the role of the Orthodox Patriarchate in Jerusalem through the centuries in the Middle East and the importance of Its peacekeeping role nowadays.

They sealed this meeting thanking each other and offering presents. His Beatitude offered Mrs.Igiri a golden pectoral cross and the copen medal on the two-thousand- year anniversary of Christianity.