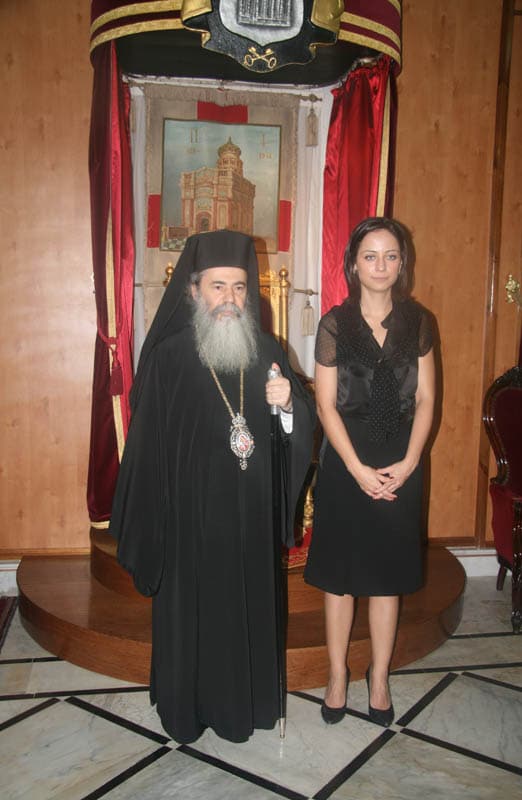 REPRESENTATIVES OF THE PROTESTANT CHURCHES OF THE SWISS CONFEDERATION AT THE PATRIARCHATE.

On Friday the 25th of September / 8th of October 2010 His Beatitude Patriarch of Jerusalem Theophilos III received a team of representatives of the Protestant Churches of the Swiss Confederation (Confoederatio Helvetica).  Within the framework of this meeting His Beatitude spoke to them regarding the religious, ecclesiastic, social and philanthropic work of the Patriarchate mentioning the important pacifying role that the Patriarchate demonstrates in the peace process of the Middle East.

His Beatitude offered the  visitors  a book authored by Professor Votokopoulos on the illustrated manuscripts of the Library of the Patriarchate and the book by Professor Demitrakopoulos entitled ‘The Site of The Baptism of Our Lord on the River Jordan’.