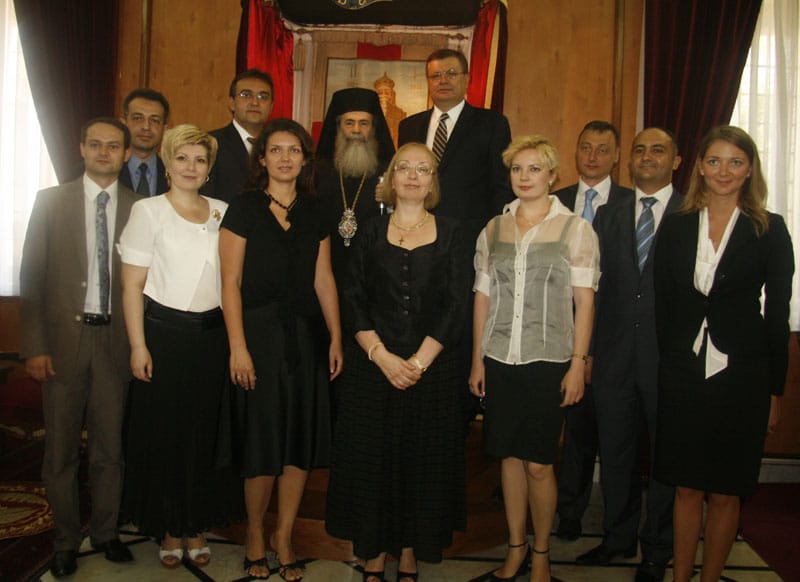 THE UKRANIAN FOREIGN AFFAIRS MINISTER VISITS THE PATRIARCHATE OF JERUSALEM.

“It is true that we are aware of the role of the Patriarchate in the Holy Land and the efforts the Patriarchate is putting forth for the unity of the people in the Ukraine and the opinions that you have expressed on this”.