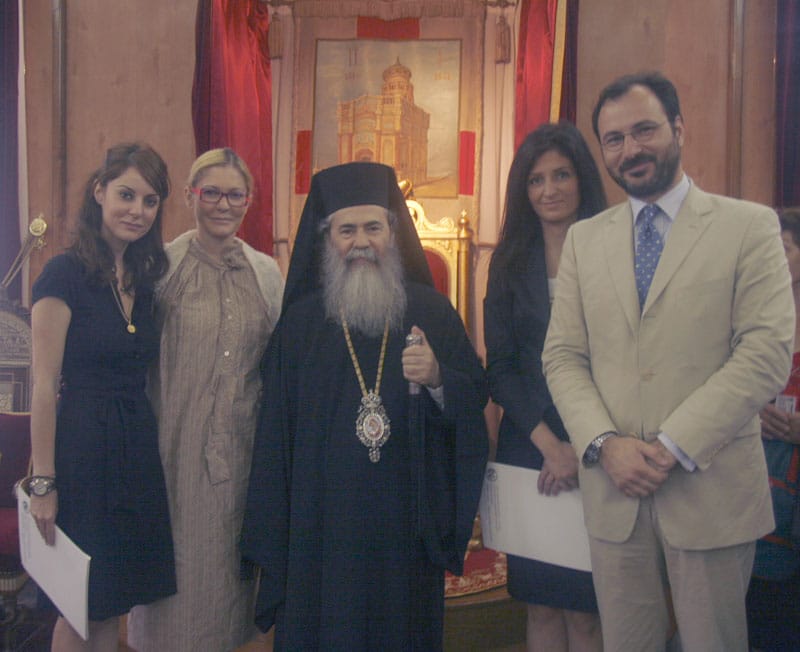 On Monday, 25th of May / 7th of June 2010, His Beatitude Patriarch of Jerusalem Theophilos III received at the Patriarchate of Jerusalem Mr. Christian Cointat, member of the French Senate, representing French citizens living abroad.

In the context of this visit an interesting and constructive discussion took place regarding Jerusalem and particularly the Holy Places considered as being of outmost spiritual importance for each individual and for religion as a whole.

“Jerusalem”, His Beatitude said, “is the spiritual capital of the world. It is in Jerusalem that the Crucifixion and Resurrection of our Lord Jesus Christ took place. This gives us the strength to be optimistic despite the difficulties. This hope and determination supports our Patriarchate which together with the Brotherhood of the Holy Sepulchre performs its religious, social, peaceful and educational mission in the Holy Land.

“Regarding Christian emigration”, His Beatitude continued “exists as a problem which should be dealt with to its roots and not through the prism of politics”

His Beatitude Patriarch of Jerusalem Theophilos III offered to Senator Mr. Christian Cointat and the members of his escort the book by Mr. Vokotopoulos on the illustrated manuscripts of the Patriarchate’s Library.