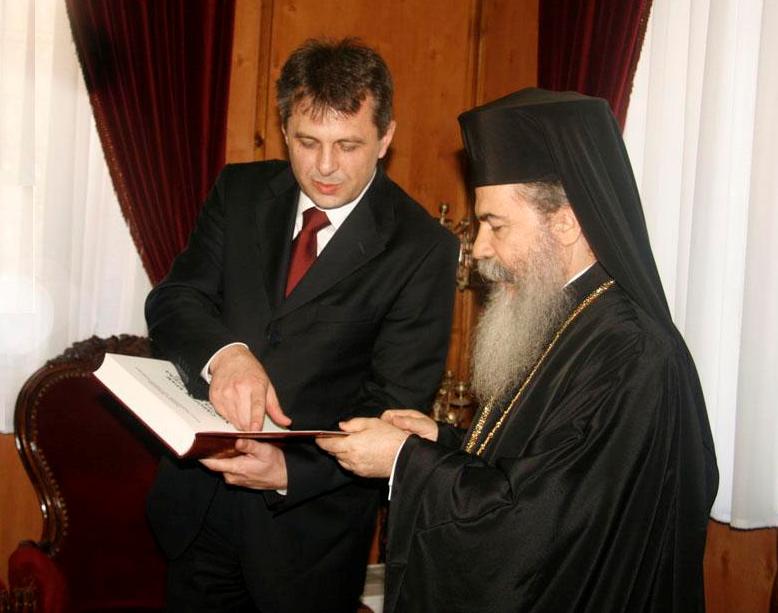 THE PRESIDENT OF THE SERBIAN PARLIAMENT AT THE PATRIARCHATE OF JERUSALEM.

On Wednesday 27th of May / 9th of June 2010, His Beatitude Patriarch of Jerusalem Theophilos III received the President of the Parliament of the Serbian Republic, Mr. Igor Radojicic.

The President and his escorts were participating at the Jerusalem International Conference 2010.

During the meeting, His Beatitude talked to the President on matters regarding the Patriarchate’s mission and the role of the Orthodox Church in uniting people of different national identities.

The President of the Parliament presented to His Beatitude a precious volume on the treasures of Serbia. His Beatitude reciprocated by offering to the President and escorts books by the author Mr. Vokotopoulos and souvenirs of Jerusalem.

The President of the Serbian Republic then visited the Church of Resurrection and other Holy Places in the Holy Land.