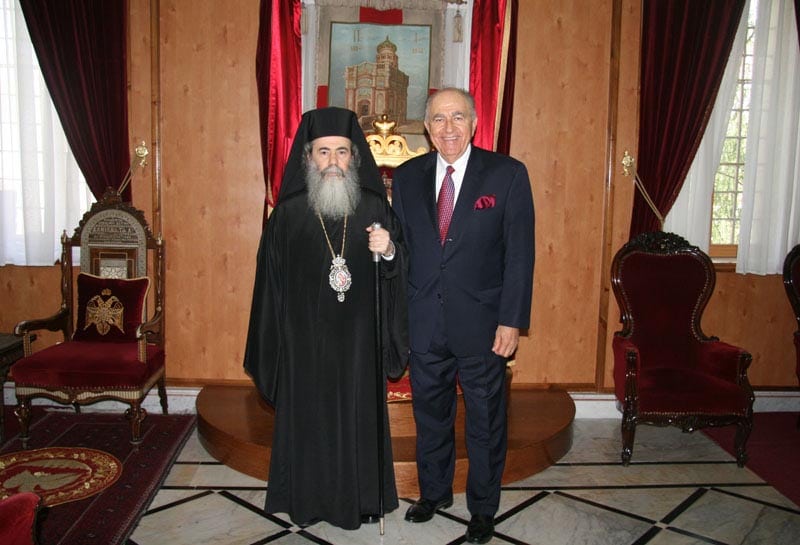 On Saturday February 27th / March 13th 2010, His Beatitude, the Patriarch of Jerusalem Theophilos III, met with Mr. Chris Spirou, former Chairman of the New Hampshire State Democratic Party in the United States of America, and President of the Hellenic American Union in Athens. Mr. Spirou is also President of the “International Congregation of Agia Sophia,” based in the United States. The mission of this world-wide movement is to restore the great church of Agia Sophia located in Istanbul (Constantinople), Turkey, as a functioning church of the Orthodox Christian Faith.

Mr. Spirou was accompanied by the Deputy Administrator of the non-governmental organization (N.G.O.) “Romiosini”, Dr. Aikaterini Diamantopoulou. Also present at the meeting was Dr. Fotios Demitrakopoulos, Professor of Byzantine Literature of the University of Athens.

His Beatitude, the Patriarch of Jerusalem Theophilos III discussed with Mr. Chris Spirou the present condition of the Holy Cross Monastery and its Library, as well as the “Holy Cross Theological Seminary”, which functioned between 1845 and 1909, and the prospects for its restoration and re-opening.